Having had to deal with the death of both of my parents within the last two years, I thought it might be useful to share with you all my “Plan F”.

Dealing with the emotional side of things is bad enough but there’s lots of impersonal, practical tasks that need to be carried out and almost nowhere to turn to that has a good practical guide to follow.

I’m just getting back to work and thinking more clearly now, below is a quick list of all the things I had to consider, deal with or delegate.

When I have a little more time, I’ll build on this list and am happy to answer any questions or comments you may have.

This is a great mix for many Indian dishes and can be used along with a curry base to create a really authentic Indian curry. 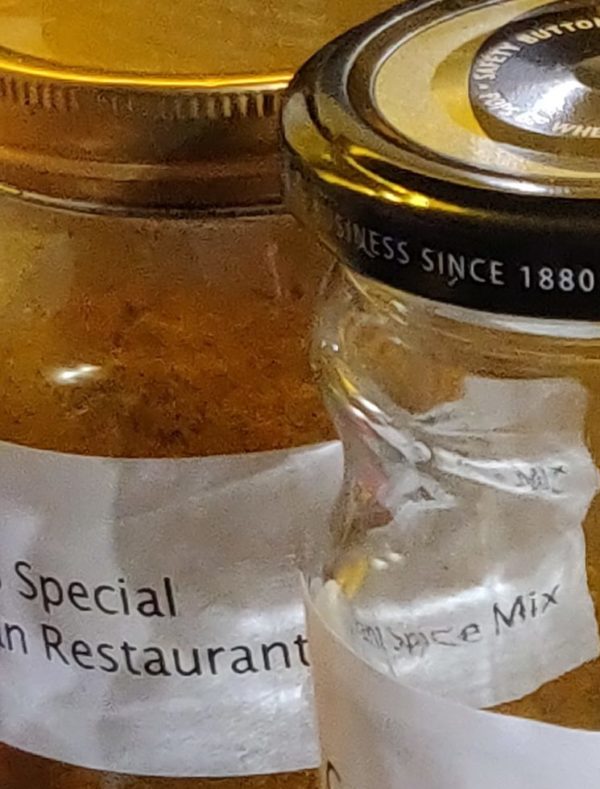 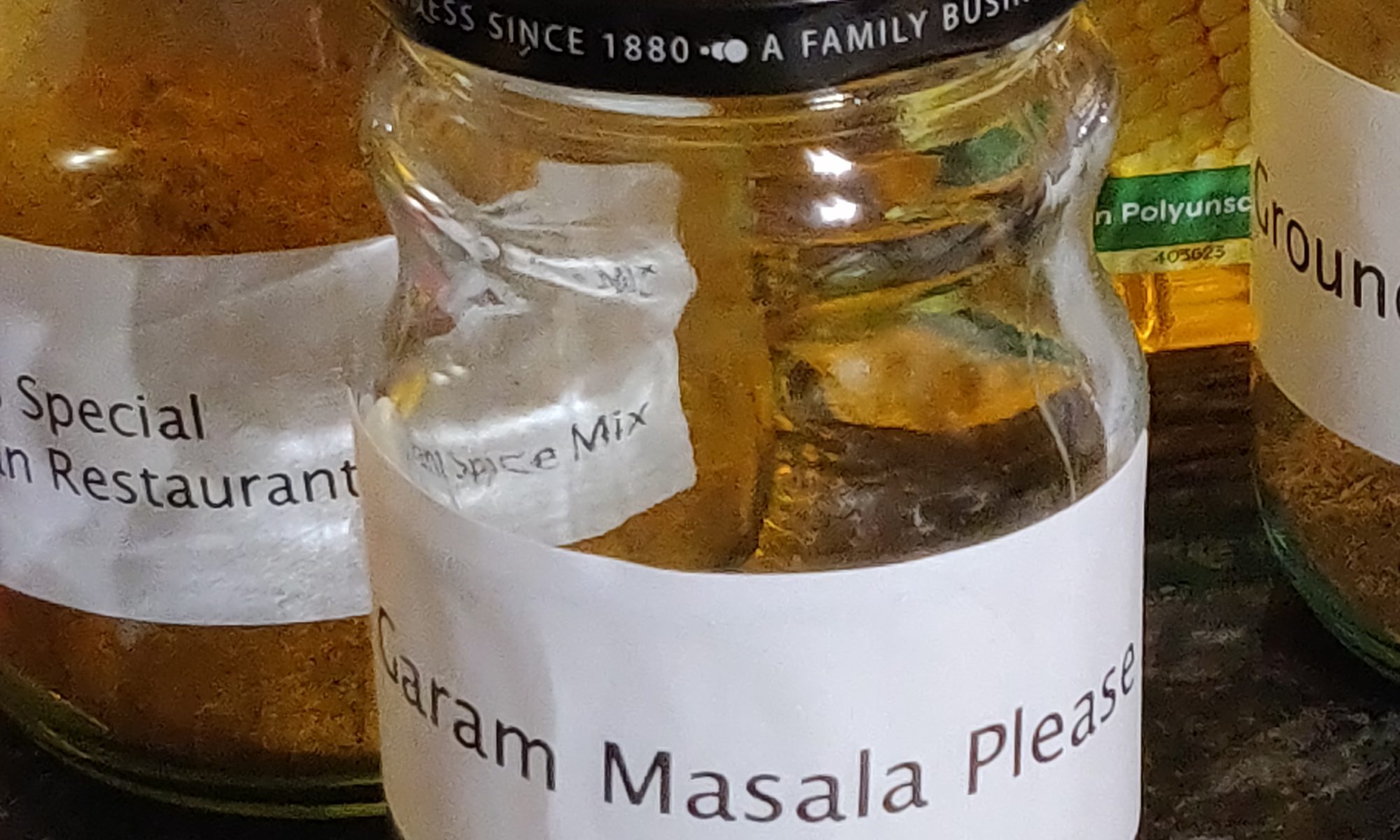 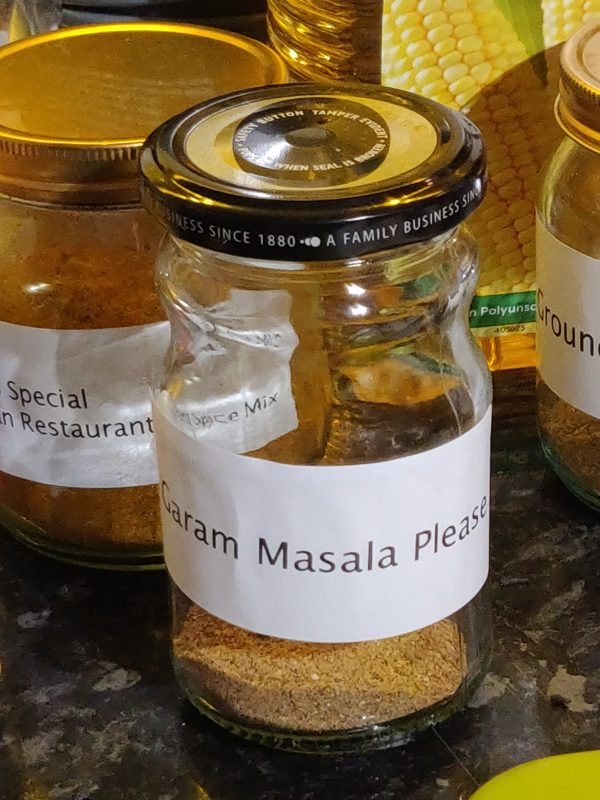 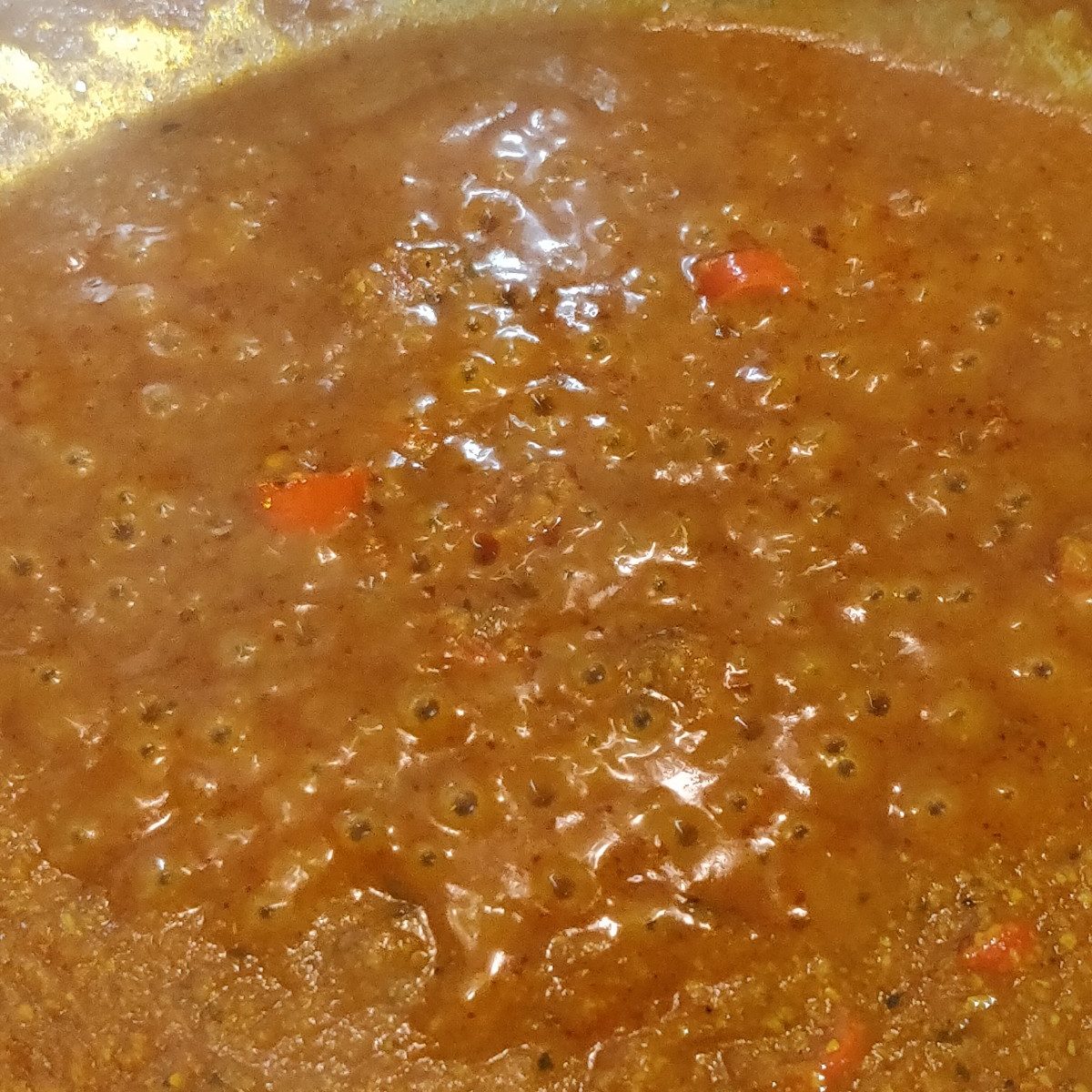 This recipe creates the base for most of my “gravy” based curry dishes, it’s easy to make and freezes very well for pulling out at a moment’s notice when you’ve had a long day at work and fancy a quick but tasty curry.

Print Recipe
Dairy Free Indian Curry Base
This recipe creates the base for most of my "gravy" based curry dishes, it's easy to make and freezes very well for pulling out at a moment's notice when you've had a long day at work and fancy a quick but tasty curry. 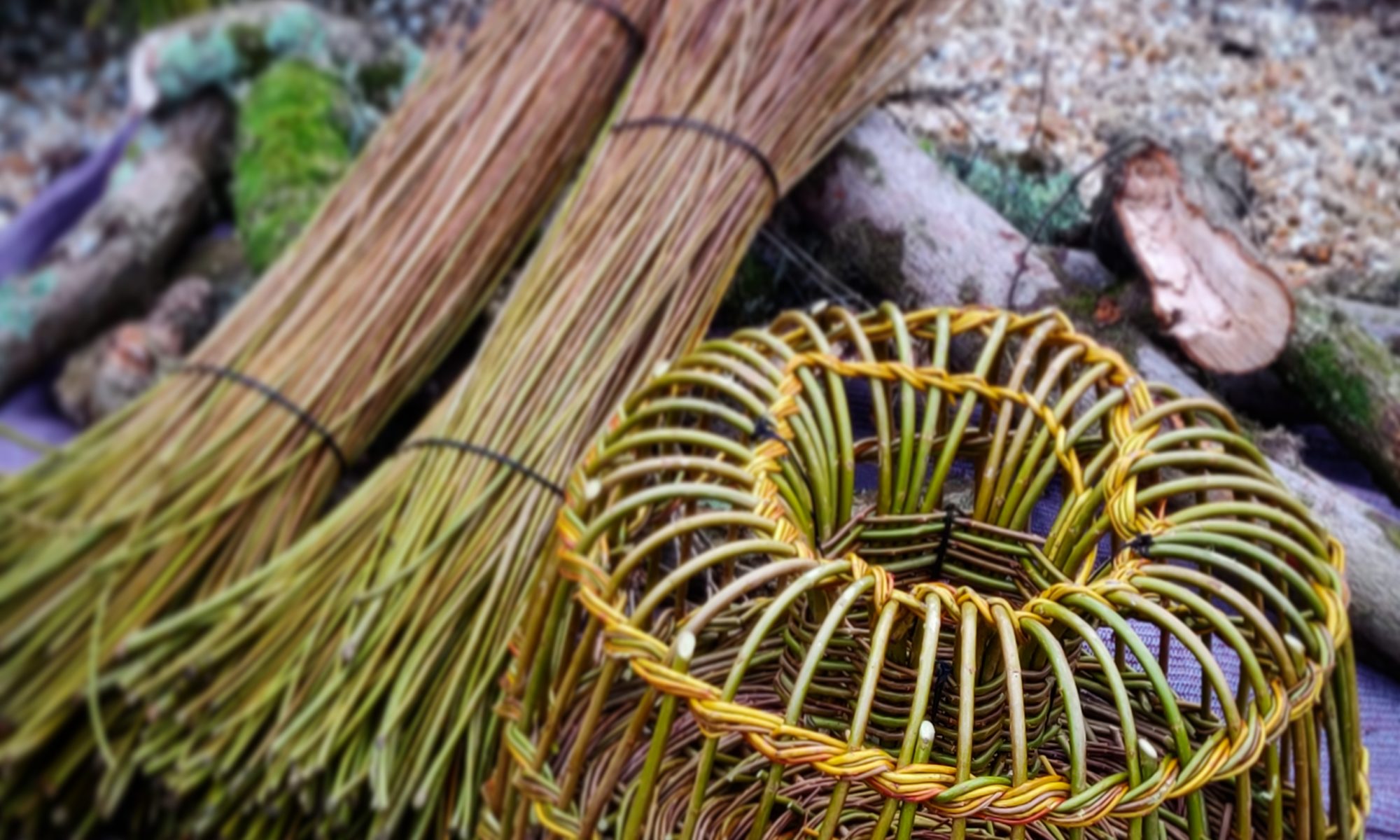 I’ve been working a few lobster pots for a couple of years now to catch lobsters to cook for ourselves and friends and always wanted to make my own pots.

Andrea bought me a course with a local fisherman in Gweek for Christmas to learn how to make them.

My soft hands struggled a bit as they’re more used to a keyboard than working willow but learning from an expert craftsman was a real joy and in no time I’d grasped the basics and had my first pot completed with a lot of David’s help.

The willow is sourced locally on The Lizard just a few miles away from home although some of the thin and stronger gold whithies come from Somerset.

I have a bit of work to do making some tools and a jig and will be making the rest of my pots in the next few weeks, ready to start fishing early in the new season.

As most of my time is spent with new technology and computers, it was great to get to grips with some ancient crafts, there’s only a small handful of people making pots using this method and they’re not getting any younger, hopefully I’ll be able to help keep the craft alive for years to come and I’m really looking forward to working them in our local waters.

I’ve yet to weight the pot and rig it but I’ll cover that in a blog later in the year.

Making a simple brine is an essential step but it’s often difficult to find the ratio of salt and water required.

Here’s my simple salt/water brine calculator.
(based on 1 litre of water) 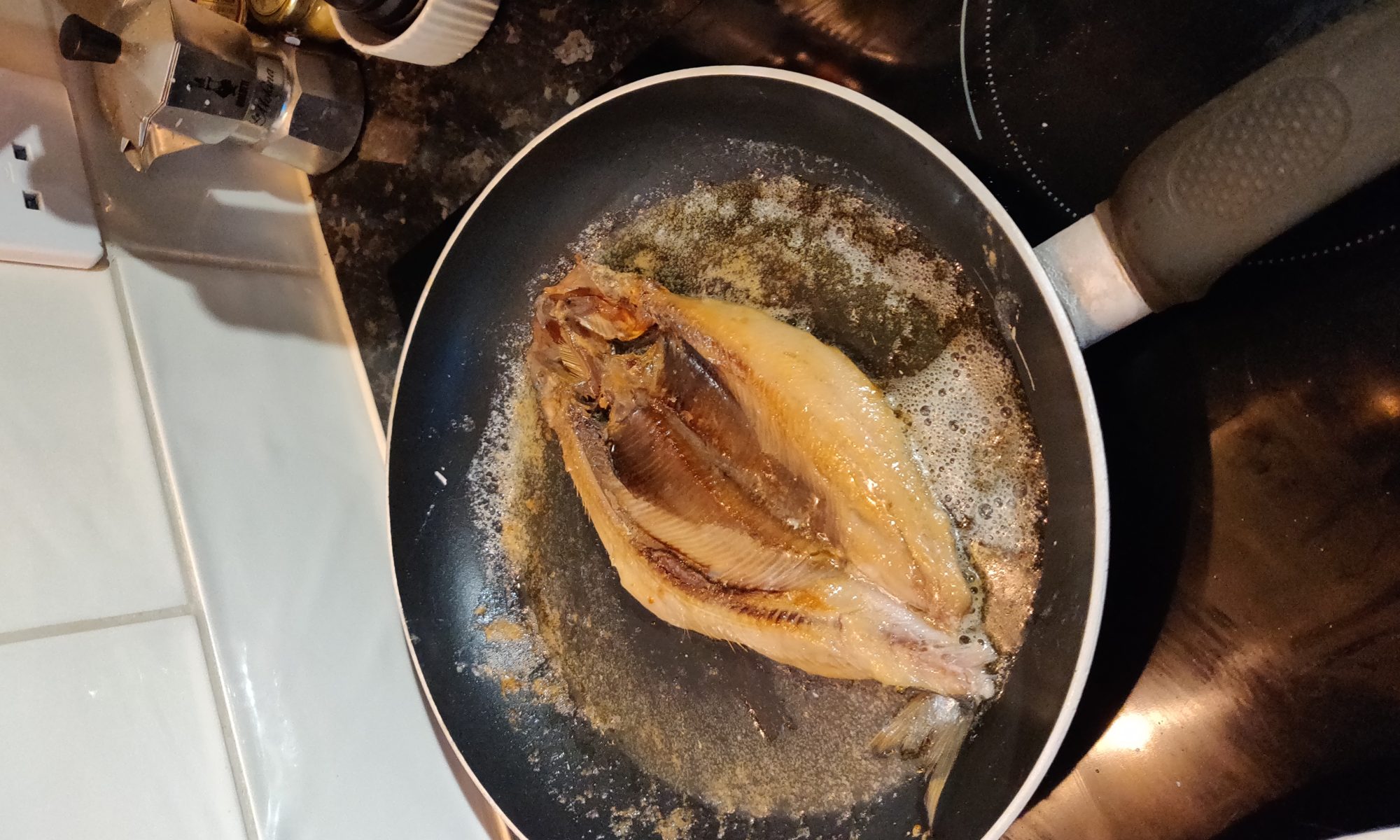 Sadly although I do a lot of fishing, we rarely catch decent sized Herring and therefore I’m always on the lookout for them in local fishmongers, recently I’ve found a good supply of local (Cornish) Herring in a supermarket in Falmouth.

I really don’t like buying kippers as I’m never 100% sure of the method used to smoke them and they’re so easy to do yourself and taste fantastic.

I start by buying the most fresh fish I can find, always whole fish, at the moment they’re about £5 per Kg.

When I get the fish home, I butterfly them as soon as possible.

Once the cut is done (I prefer the traditional method of leaving the head on), unfold the fish to reveal the guts and gills, pull both out.

I do them all in one go and keep the freshly cut fish in a bowl and then pull out the innards all together and rinse all the fish.

Prepare a simple 70% brine solution (232g of PDV salt to 1 litre of water) by mixing cold water and the salt – I prefer PDV salt for most curing I do as it is cheap (about £15 for a 25Kg sack delivered from Amazon).

Depending on the number of fish and amount of brine, either place all the fish in the brine in a bowl or in a strong food grade polythene bag.

Keep the fish in the brine for an hour and a half, keep in the fridge during the brining.

Once the brining has finished, pour away the liquid and wrap the fish in towels and put back in the fridge over night (don’t wash off the brine).

The next day, first thing in the morning, I prepare the smoke house (you can do this in a BBQ with a cold smoke generator). Ideally you want to cold smoke the fish for 24 hours.

I hang the fish on the wire rack in the smoker and pass a wooden skewer through the gills to hang them vertically which helps the moisture drain out.

Choice of wood for smoking is personal preference and the traditional method is 100% Oak but I usually make a blend of 70% Oak, 20% Cherry and 10% Beech.

Keep the smoker going for 24 hours if you can or if you can’t keep it going over night then a bit of gap in between smoking won’t cause you a problem.

Once the fish is smoked the kippers are ready! You probably won’t be able to resist eating one immediately but the flavour develops if you can leave them a few days.

I tend to vac pac them straight out of the smoker to keep me from getting into trouble and smoking the whole house out, you can pop them in the freezer then too and they stay in better condition if vac packed.

There’s not much that can go wrong and you’ll end up with the best kippers you’ve ever tasted at a fraction of the price you’d pay for commercially produced kippers.

Smoke me a kipper, I’ll be back for breakfast! 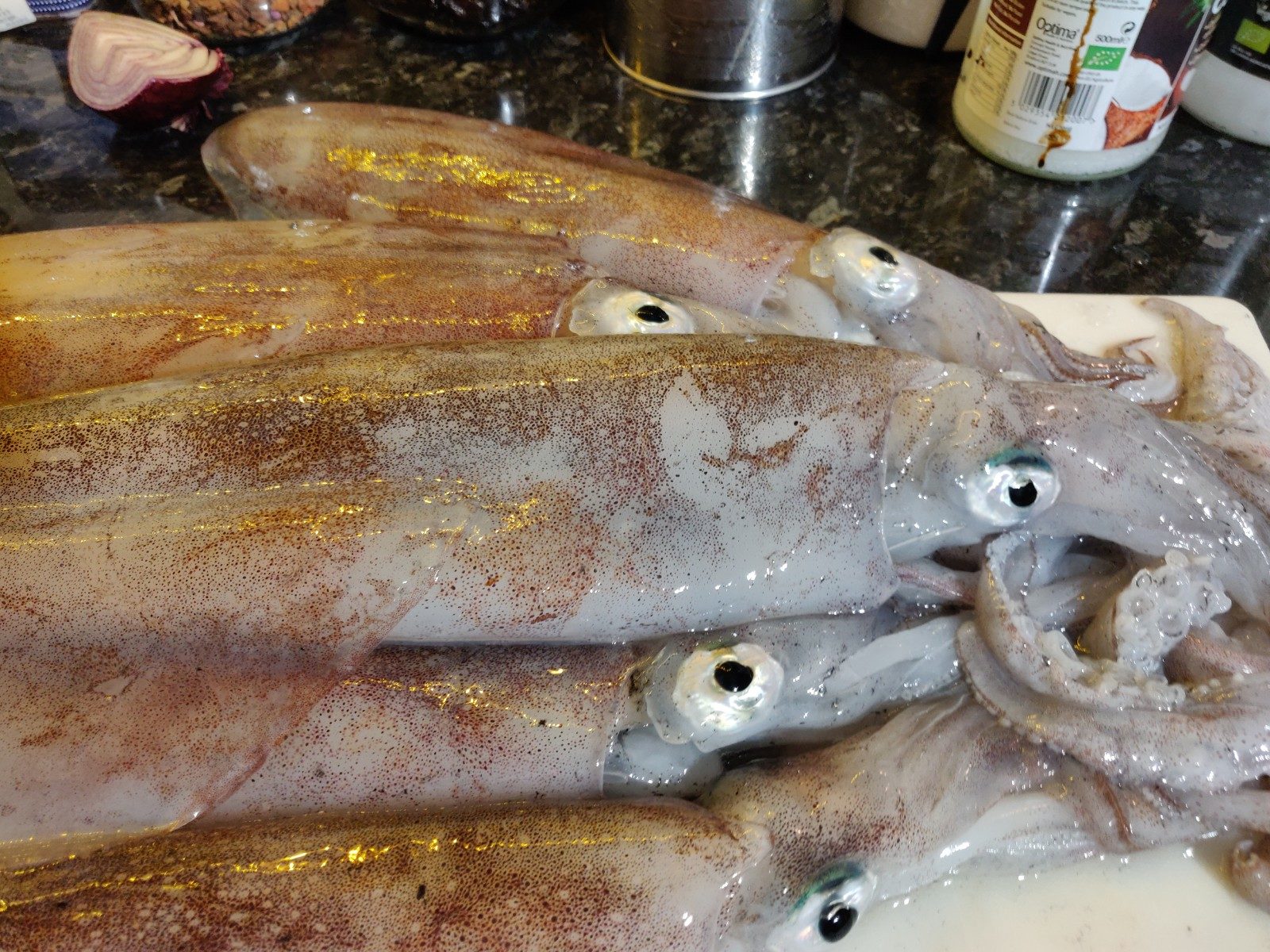 I love eating squid, but only when it’s spankingly fresh!

In Cornwall this year we’ve been very lucky with the season starting in October and lasting well into the New Year.

Catching squid is fairly easy when there’s squid in the bay, you only need some basic tackle.

Although it is possible to catch squid from the shore, it’s more reliable to catch them from a boat even though the marks that we fish are just a few hundred yards off shore.

I’m lucky enough to have access to several boats in addition to our own, if you’re in Cornwall then I recommend Anglo Dawn in Falmouth.

If you’re onboard a charter boat then the skipper will tell you everything you need to know.

I use my small slow pitch jigging rod and a fancy reel but you can fish with the cheapest of rods and reels.

The tackle couldn’t be more simple, just a 3oz weight on the bottom and two or three squid jigs (the cheap ones from Trago do the job). I prefer to use very small pink jigs that I get when on holiday in France and Italy, you can get them over there in most tackle shops and from Decathlon.

Some people like the ones with built in flashing LEDs and if the water is a bit murky then tie on a starlite, whatever you do you don’t need any expensive gear to catch fish.

The technique is also simple, drop the gear to the bottom, wind up a few turns and then put the rod in the rest and let it fish itself, you’ll soon know when you’ve got a squid on as the rod tip will pull down and throb, pick up the rod, reel in the squid slowly and net them with a landing net, just watch out for a squirt of ink!

Pop the squid in a bucket and get your gear back down there as when they’re biting things can go crazy.

Cleaning and preparing is very easy, once you’re home, pop them in the sink and reach up into the mantle and pull all the guts and tentacles out

You’ll find a quill down one side, pull that out and discard

Cut off the tentacles just below the eyes and make sure you remove the beak.

I like to take the out skin off the main body and one side of the wings.

Cut the squid up into rings or strips and separate the tentacles into twos or threes.

Give everything a good wrinse and then pop all the squid into a large polythene bag, add some plain flour, plenty of black or szechuan pepper and a good handful of sea salt.

Close the bag and give it a good shake so that all the squid is coated, leave it to rest for 20 minutes or so, this gives the flour time to go a bit soggy.

Fill a pan with extra virgin olive oil to about 1-2 inches deep and heat until just before the oil starts to smoke.

Put the squid in in batches and fry both sides for just a minute or so, then remove and put on kitchen towel whilst you do the rest.

If the squids are a bit on the large size, score each side with a knife, it doesn’t matter if you accidentally cut through. This will make the squid less chewy. 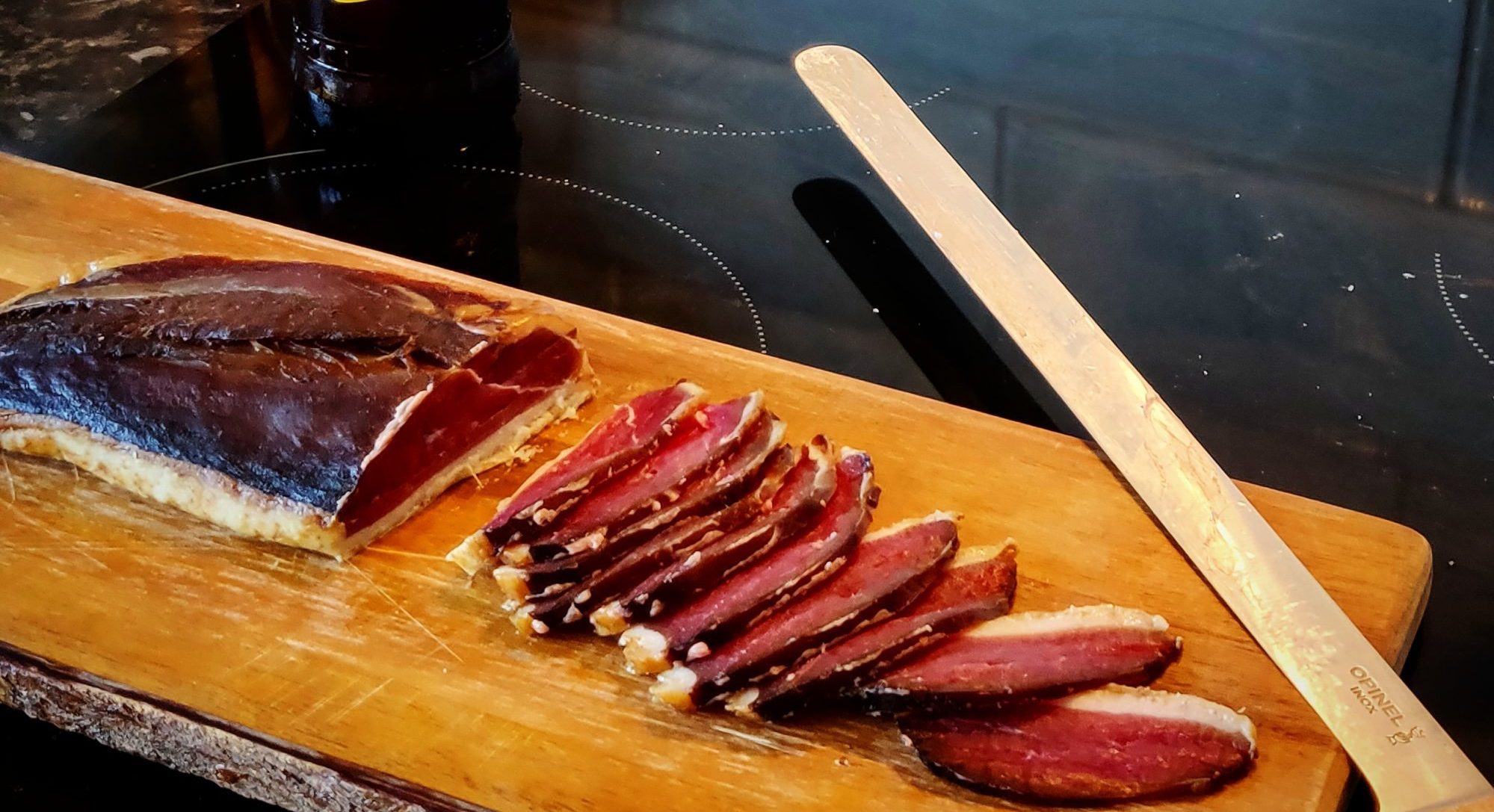 This is my favourite way to eat duck breast, we discovered it in the Dordogne region of France where we tried several different producers.

The duck is best to eat a few days after the cold smoking and is great with crusty bread very finely sliced with a carpaccio knife.

At home we get our duck from the local butcher or the Cornish Duck Company at farmers’ markets in Helston. 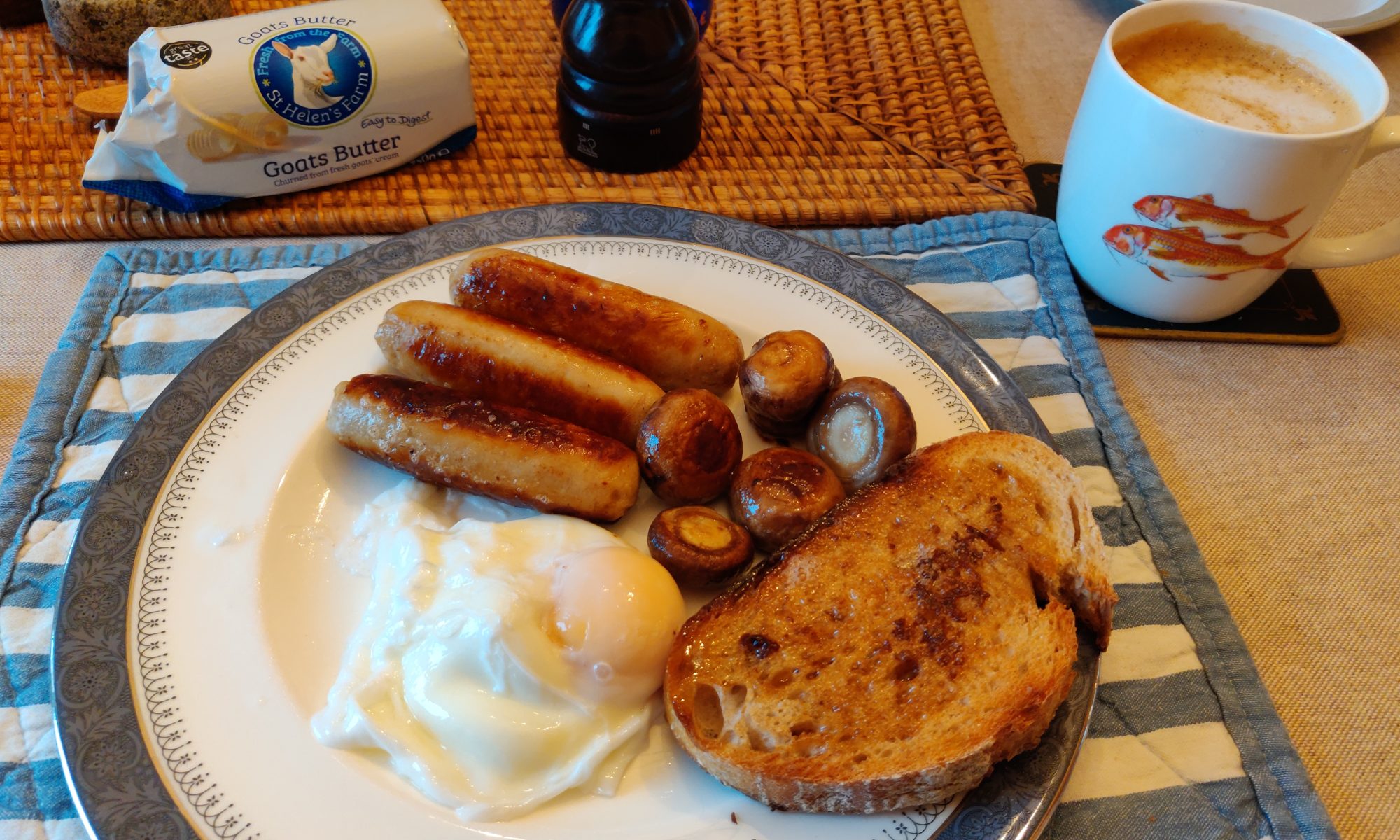 I love a good fry up but now that I understand that I am intolerant to cows’ milk and pork, I have started a journey to find the best alternative breakfast I can, there’s still a little refinement needed and I’m going to experiment with making our own sausages rather than buy from the supermarket.

I’ve been working on making the best cow milk alternative for coffee and have almost got the recipe and method nailed for Oat Milk.

Here’s a breakdown of the key components

For the coffee, I prefer to grind my own beans from Origin Coffee immediately before brewing.

Oat Milk
There’s lots of choice now in the supermarkets for this but the quality, price and availability in our supermarkets nearby really varies so I decided to make my own.

Put all the ingredients in a Nutribullet and blend for exactly 30 seconds
Leave the blended milk in the container and refrigerate for at least 1 hour
Take out of the fridge, shake it well and filter through cheese cloth into a jug, pour into a milk bottle and put it back in the fridge.
Before using the milk, give it a good shake as there’s no nasty stabilisers or anything like that to keep the solids in suspension.

My biggest discovery has been Goat Butter from St Helen’s Farm, it really tastes no different to cow milk butter, I still don’t use much of it but it is great for spreading on toast or, as I did this morning, use in the frying pan for frying the mushrooms and sausages.

Quite simple I know but finding the ingredients and putting them together took a little thought, it’s now just as easy as cooking any other fry up, in-fact this morning in another pan, I cooked pork sausages, bacon and tomato for Andrea.

Next steps are to refine the oat milk filtering process, develop a great recipe for homemade sausages (chicken or beef) and add a hash brown recipe to the dish.